I remember when I was younger and had Fibromyalgia and episodic migraines I thought very differently about my illness than I do now.

I remember taking my first Philosophy class and being introduced to Rene Descartes the famous dualist where the mind is separate from the body. You have a mental substance and a physical substance. Connected, of course, but separate. And when it came to my illness I was very fond of thinking this way, even though when it came to philosophy I thought otherwise.

But I very sharply defined my Mind and my Body as these distinctly separate entities.

It had clearly demonstrated it had Limits. It gave me Pain and discomfort and Fatigue. I knew it would always be like this; a burden I had to bear. A shackle limiting my options in life. Making me choose things carefully. Plan things carefully. Limit how much I could do things with my peers. How much fun I could have. Limit what I chose to do with my future and what jobs I chose to take. How far I could walk even. It wasn’t the enemy by any means but it was simply something that caused me problems and was an obstacle I constantly had to get around.

My Mind would not fail me. It was that on which I could succeed in a career, even though my body had failed me.

Even though I knew this theory was not completely solid because both migraines and fibromyalgia caused ‘mind’ symptoms like brain fog, memory issues, my very well known absent-mindedness … these did not stop me from being intelligent, from learning, from succeeding in my studies and would not stop me from perusing my future goals and ambitions. (well, all of it would, in fact, stop me eventually, but I didn’t know how severe migraines could get). I was still Me. My personality was still Me. My mind would adapt and cope and change, but I would still be Me. And I would still be able to Think. And be creative. “I think therefore I am” and that body business must be endured.

And I think to some extent this helped me cope early on. To understand that not every aspect of who I was, was affected. That I could still do things and succeed with my illness. But it is only a limited belief structure because the pain gets worse, symptoms get worse, and clearly that ‘mental’ realm is affected… and then what? What then of my identity?

However, years and decades go by and bit by bit this distinction falls apart and you firmly understand that mind and body is a very relative distinction. They are so interconnected that we often tend not to think about all the ways one affects the other.

Even though there are clear cases of it. Depression has physical symptoms but people don’t often think of that. Anxiety seems to be rooted in both. Fibromyalgia has a lot of cognitive dysfunction symptoms, sleep affects mental acuity, fatigue is on both levels, pain is physical but affects memory and concentration. Migraines are extremely painful, again pain affects memory and concentration, but migraines come with a lot of neurological symptoms that affect language, communication, and perception of reality. We begin to understand how important how we think and feel affects how we cope. Chronic pain is a dysfunctional neurological signal… not even an injury located in the body… possibly why it is so easy to doubt. Possibly why researchers are understanding with chronic pain new and different ways to retrain the brain to back the clock up on the chronification process. You feel it everywhere but it isn’t anywhere specifically so you have to remind yourself of that in the case of Fibromyalgia. In the case of migraines, you are quite aware of where it is.

Either way, it isn’t about the biology of it or the neurology of it… although certainly every time something comes up in regards to research it is fascinating. So that is what the new theory is. Fascinating. It is about the internal definition of how I looked at my illness. As this force exerting its influence on my body. But that my ‘selfhood’ remained intact which you think of as your mind, thinking, and personality. All the things that are in fact affected by illness to some degree or another but clearly I wanted to think of it as just ‘pain’ and just something that would limit me in the ‘physical realm’ of things.

Our selfhood adapts a great deal while we cope and that in-itself causes it to change in many, many ways. It would not be called ‘coping’ otherwise.

The me decades ago would not be able to cope with the sort of existence I have now if it suddenly befell her because I have adapted in many ways. Ways we often do not even acknowledge. As if those changes and strategies we have picked up are not fundamental to our adapting, living and coping with an invisible disability. All these little ways we learn how to get through a normal day around obstacles no one else perceives. Pretty amazing. Vastly underestimated. And in some ways, it became the most problematic and frustrating when it was obvious my illness and pain alone affected that realm I thought it would not touch. My clarity of thought. My focus. And of course with complicated migraine aura… my communication and ability to use language and recall things and words. It feels then like your illness leaves nothing untouched. Nothing sacred. Nothing that that is not limited and an obstacle and a struggle. The most difficult compromises I made were to compensate for these issues and work around them. Understand that the mental realm was just as affected as the physical realm whether I liked it or not. I also liked to believe the emotional realm was ‘brief’ little lapses due to extreme pain and that everyone would feel depressed when in acute pain but eventually I had to acknowledge that coping involves emotional wellbeing. Not surprising when you think about chronic pain, pain, and insomnia, pain and emotions and roll that all together.

Eventually, you just go fine, fine. I am not a Mind or a Body. I am an Embodied Being and this Embodied being has an illness that affects its everyday states of affairs. Physical affects mental. Mental affects physical.

And when we accept this we can understand how many treatments that seem idiotic may be beneficial. One example is acupuncture… doesn’t seem idiotic to me, it has been around for a very long time, many studies show it can be effective… but no one knows specifically why it is effective… is it because of the body or the mind or a bit of both? Does it really matter? If results show it has been shown to help, then why not give it a go? Meditation is one that seemed a little flaky to me but again research really shows a lot of benefits on that one, especially the more you do it so I think for people who can figure that one out keep at it. The fact is the brain does some amazing things… the science does not in the least bit comprehend and some of these treatments are taking advantage of methods that are training our brains a little in specific ways… because our brains have trained themselves in specifically bad ways to feel a crapload of pain, or with FM our nervous system is so hyped up methods to calm that down also seem like a good idea. That does not mean we will see a massive amount of results from any alternative treatment. If any. Maybe some. Some people in some ways. Other people in other ways. We are all different people who respond differently to different sorts of methods for different reasons. Just saying the potential is there for it to be beneficial.

And most definitely saying understanding that we are not dualistic entities makes a great deal of sense when you look at any disease. Symptoms are multifaceted. The impact of coping is multifaceted. Coping is multifaceted. There is my mental wellbeing. My physical wellbeing. My emotional wellbeing. And they are all threaded together. I can’t see my Body as something against me, that failed me. I am this entire entity. I can’t see my disease as an enemy. It is a chronic condition. It is not going anywhere. I am not going to vanquish this foe. Defeat this enemy. Have that sort of victory that we seem to intrinsically crave and yet know doesn’t exist.

With chronic pain sometimes we battle with the lack of an end to it. Especially when the pain level is particularly acute and we have no particular treatment for it. That for me is a battle I struggle with the most. The constant onslaught of the pain with no particular way to battle it… and that knowledge hovering there that it simply will not end. I just need to seek improvements in this embodied whole that improve my overall quality of life in some fashion and help me cope in some way. To that end, I must understand that the battle to fighting pain is actually on all fronts… mental, emotional, physical, my entire being and that any slight improvement to my quality of life is something of an achievement. I aim to improve the manage the pain in any way I can such that my overall wellbeing is improved. By inches, if need be. Day by day. Pain gap by pain gap. 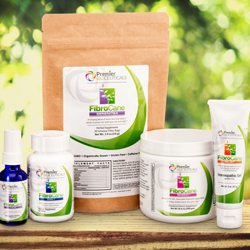 The story we tell ourselves

Invisible illness: The thing that hides itself