National Pain Report  Research done at the University of Toronto surveyed approximately 67,000 Canadians, over 6,000 reporting they had been diagnosed with migraine by a healthcare professional. This study has been published in the online journal of Depression Research and Treatment.

I do not find this to be particularly surprising. In any chronic pain condition… pain itself would be a risk factor alone for suicide and for suicidal ideation. This fact is something doctors seem to fail to understand or acknowledge… but are never surprised when someone attempts to commit suicide or succeeds when they are in pain. They just never do anything about it. Chronic pain, problems with sleep, the pre-migraine stage itself… all create problems with depression and mood regulation.

“Among both women and men with migraine, being younger, unmarried, poor, or disabled increased the odds of depression – in some cases dramatically. Single people with migraine were found to have 50% and 70% higher odds of depression and suicidal thoughts.
“The vulnerability of young people with migraine to depression and suicidal ideation is particularly worrying. For both genders, migraineurs under the age of 30 had at least six times the odds of current depression and four times the odds of lifetime suicidal ideation when compared to those aged 65 and above,” wrote lead author Esme Fuller-Thomson, a professor in the Department of Family & Community Medicine, University of Toronto.”

“Older migraineurs, by contrast, have had a longer time to adjust to their condition, for example, by learning effective coping mechanisms or achieving adequate treatment, which may reduce the perceived burden of their illness.”

Yeah. Sure we do. Or we cut pieces of our life out until just the shards of necessity remain. If you call that coping. Eventually, we realize there is no such thing as adequate treatment and that would then account for the suicide risk of us old folk. Complete lack of hope. Realizing This will be our existence.

“The first onset of migraine is typically experienced in late adolescence and early adulthood. The researchers believe diagnosis of migraine at a young age may interfere with normal developmental processes, such as obtaining an education, building a career, and starting a family.
“We are not sure why younger migraineurs have such a high likelihood of depression and suicidal ideation. It may be that younger people with migraines have not yet managed to find adequate treatment or develop coping mechanisms to minimize pain and the impact of this chronic illness on the rest of their lives,” said study co-author and former graduate student Meghan Schrumm.”

Or maybe young people are very aware of the impact the disease will have on the rest of their lives. Such as their education, developing a career, having a family, having a social life… the endless pain… the lack of effective treatment. Wow. How could that possibly be depressing? And the fact they are right and that reality is, in fact, accurate is in fact depressing. And the fact it very will likely be worse than they imagined is quite sad. The fact that they will just have to ‘get used to it’ and ‘endure it’ is very sad indeed. Why though would they have suicidal ideation? Hmm. So puzzling.

What surprises me, to be honest, is that once we get older it goes Down. I mean really once the facts about treatment sink in you’d think it would go up. I used to believe my neuros. I used to believe preventatives would really work to an amazing degree and that I would still be able to function like a normal person and continue with my academic career. See… we were all silly once. But that wore off. And I became realistic. And I just wanted some minor reduction in frequency or intensity so that I could just hold onto the Job I had. Little things like that. I think we get used to it after a while. The pain. The fact we have to be in pain. The fact we have to function in pain. And I think most of us with high episodic and low chronic can pull it off with a lot of effort and enduring and hold down a job… would not be fun, but I think they could do it and not want to jump off a cliff. I think they could achieve the coping skills, be able to utilize their triptans and medications effectively and manage. I seem to remember I did alright at that level. Not an easy feat, but possible, just hard to maintain the balance… since sometimes migraine get more frequent some month. Anyway… I could not handle it at daily migraines and working. That caused suicidal ideation. Wishing for a stoke or a fatal heart attack so I would not have to work one more day. Deep depressions when I had status migraines or menstrual migraines. Too much pain for my coping methods. I was 33 when I attempted. So close to the first category I guess.

For me, the problem was that we have no options in Canada. I had to work. If I tried to AISH or CPP… I wouldn’t make enough to pay my pills. So I worked. I couldn’t work because of the pain, I missed to much work, I had troubles functioning, and the pain was making me suicidal. So in my brain, this was the life I had to live and the thought of living it decades more… seemed like torture. But I had no effective preventative, no potential one in the future. I had no other alternatives given to me. No way to make it better like a compromise from work or work accommodation. Instead, I had ultimatums and threats. No one would want to be in that kind of pain and work full-time. It is madness to think someone can do that eventually not think of suicide from pain alone. I am on long-term leave from work now, which gives me barely enough money to pay the bills. And soon it will end and I’m not sure they will renew it. So the system we have in Canada is pretty flawed. If someone cannot work they should be able to survive on disability. If I make the choice to work because of just money you can bet I will be suicidal again due to pain, sleep deprivation and the severe depression that comes with status migraines, which are frequent when I work, and depressed mood with menstrual migraines which are also quite severe and long-lasting. If the medical community cared about me as a person and my potential survival… they sure as hell wouldn’t want me working with this level of pain. 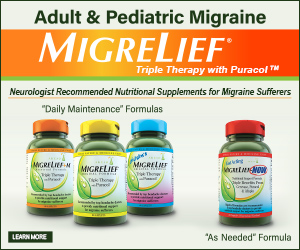