Persistent Aura Without Infarction (PAWOI) is an elusive condition where the migraine aura with migraines persists for hours, days, weeks or even years in a small percentage of migraineurs.

“According to the International Headache Society, PAWOI is distinguished from normal migraines by having aura lasting longer than seven days [3]. Also, these symptoms must not be related to a stroke (an infarction), tumor, or any other structural alteration in brain tissue that can be seen from an MRI or CT scan. Furthermore, they should not be related to issues affecting the eyes themselves. Electroencephalogram (EEG) results, which directly measure cortical neural activity, should also be normal, which would suggest that the symptoms are not related to epilepsy [4]. Visual symptoms are often quite varied, and can include flashing lights, sensitivity to light, scintillating scotomas (depicted in the first image of this article), and geometric shapes [3, 5, 6]. Rarely, increased frequency and duration of afterimages, also known as palinopsia, and changes in the perception of the size of objects can occur [5]. Though these symptoms are distracting, they do not interfere significantly with the individual’s ability to see their environment. Some people with PAWOI experience non-visual symptoms as well, which include numbness, tingling, dizziness, and tinnitus (ringing in the ears). These non-visual symptoms are also seen with regular migraine aura. PAWOI appears to affect men and women equally, and people of all different ages can experience these symptoms, from 11 year olds to 70 year olds [6, 7].” Triple Helix

My persistent migraine auras are quite varied, which is not always the case and was not the case in the beginning. I do get regular tinnitus, not sure if that is part of the deal. I get halos, starbursts, an array of pinprick coloured lights warping in a field, pulsating lights, just pulsating air, trailers, more afterimages that stick around for longer durations, warping of the line of objects, the perception of motion that is not there, photophobia and scintillating scotomas. A lot more varied visually that my before a migraine aura tends to be.

It is an interesting phenomenon but not one that is well understood. At least not outside of the theory of what causes migraine auras as it is… so why they persist is not well understood at all. “he primary explanation for PAWOI is cortical spreading depression [3, 4, 7]. Cortical spreading depression involves a wave depolarization spreading across a region of the cortex, principally in the visual cortex of the occipital lobe, followed by an inhibitory wave. These waves are implicated in regular migraines with aura but it is believed that in people with PAWOI, these waves are sustained and repeated [7]. The brains of people with PAWOI may also be more susceptible to cortical spreading depression [4]. Furthermore, alterations in energy metabolism has been implicated, based on Positron Emission Tomography (PET) scans finding that blood flow changes often occur in the occipital lobe during migraine attacks that involve aura [4].  Generally, this involves a decrease in blood flow in the affected areas, like the occipital lobe of the brain [3]. Changes in magnesium levels, increased sensitivity of NMDA receptors to the excitatory neurotransmitter glutamate, and decreased activity of the inhibitory neurotransmitter GABA have also been suggested to be involved with the pathogenesis of PAWOI [4].” Triple Helix

Treatments tend to be along the lines of medications such as acetazolamide, valproate, lamotrigine, topiramate, and furosemide.

Visual snow has often been considered a form of persistent migraine aura. A “particular subtype of PAWOI, called visual snow, is a generally permanent form of PAWOI [9]. Those who suffer from this particular type of PAWOI have very specific and similar symptoms, which is why they are grouped together. Their main symptom, unsurprisingly, is visual snow, which involves flickering lights in their visual field that look like static on a television screen [8, 9]. Patients can also experience afterimages and trails, in which objects are “seen” even after the person is no longer focused on them, halos around lights especially at night, photosensitivity, and tinnitus (a ringing or buzzing in the ears) [8, 9]. What distinguishes this subtype from other cases of PAWOI is that people who have not had migraines can develop this condition [8]. Even with these people, though, it is likely related to migraine, due to the presence of normal MRIs, CT scans, and ophthalmological exams, like in other PAWOI cases [9]” Triple Helix It is particularly difficult to treat with a low rate of success. Recent research has suggested it is, in fact, a separate condition called Visual Snow Syndrome, however, if so, 50% of sufferers have migraines which might have something to do with the are of the brain sited to be over-active or there might be another correlation. Either way, it has distinct features in that it remains constant. See ‘Visual snow’ – a disorder distinct from persistent migraine aura. 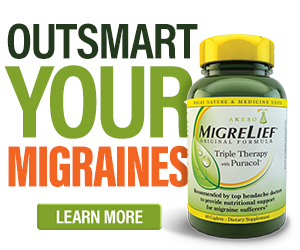 Case of Luda et al. (1991): This 65-year-old woman developed “scintillating scotomas” in her right visual field without headache on May 3, 1990 and they were still present and unremitting when the authors reported her problem over 12 months later. The hallucination was described as “scintillating geometrical figures (in the shape of either rings or chains)…”

Patient 3 of Liu et al. (1995): On November 10, 1992, this 29-year-old woman “experienced sudden disorientation followed by stars filling the visual field of both eyes, followed by a diffuse, nonpulsating headache. When the headache ceased, she was left with “constant flashing lights and circles which were worse at night…” These visual symptoms resolved spontaneously in April 1993. Months later, she experienced “zig-zag” lines for 10 minutes followed by a pulsating headache. She also had brief attacks of unilateral paresthesias sometimes followed by headaches both before and after the persistent aura.

Patient 1 of Chen et al. (2001): This 45-year-old woman reported seeing an occasionally flickering coin-sized white spot in her left field of view for 3 months. It began “after” a migraine headache without aura. It prevented reading.

Patient 2 of Chen et al. (2001):This 24-year-old woman complained of seeing numerous stars persistently flickering in her right visual field for 3 years. At times they formed a single light. This phenomenon developed during a migraine attack. She had suffered migraines from childhood. A visual aura of of bright yellow flickering stars lasting 30-60 seconds had occurred during most of her migraine headaches.

Patient of Spierings (2002): This 41-year-old man with migraine with typical visual aura from childhood developed his typical aura while upset in October 1996. It was unusually vivid and was accompanied this time by tingling in his left upper limb for 30 minutes. This was followed by severe headache with photophobia, generalized weakness, and confusion. The visual disturbance never disappeared, but has persisted to the time of Spiering’s report. The patient sees things as though looking through a veil, and “bright-white, flickering, zigzag lines in the periphery of both visual fields” (his typical aura) come and go.

Continuous, strongly fluctuating variety
Patient 1 of Rothrock (1997): Two months before she was seen by the author, this 61-year-old woman experienced a particularly severe prolonged migraine with “jagged zigzags like crushed broken glass” to the left of a scotoma in her left visual field. This hallucination persisted after the headache ceased. It had been fluctuating in size, without disappearing entirely. In addition, she had developed similarly fluctuating but persistent numbness and tingling in the left face and lips.

One thought on “Persistent Aura Without Infarction (PAWOI)”